Closing off Second Tube for Max Vacuum on First Side Print 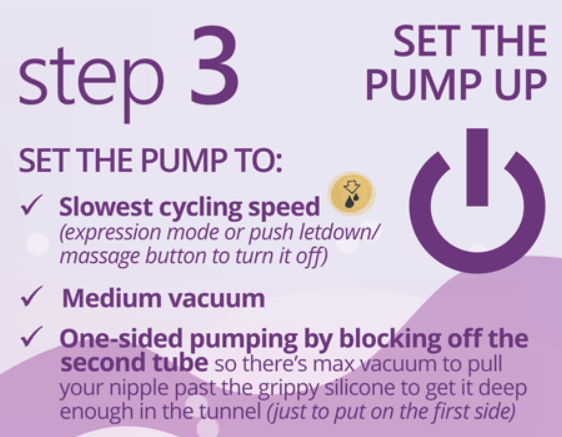 As you'll see in our Silicone Application Guide, to apply the flange to your first breast, it's important to close off the tubing connected to the flange for the second breast.  This gives maximum vacuum on the first flange to pull your nipple past the tacky silicone to get it deeper in the tunnel (which improves stimulation and milk removal).  To apply the second flange to your other breast, just re-open its tubing.  (When applying the second side, the first side doesn't need be be closed off because it's already applied to the first breast, which seals the vacuum.)

Most double pumps can be set for one-sided pumping by removing one of the tubes and covering pump nozzle it connected to with an attached cap.  Getting that cap off again can be fiddly and difficult when you need to quickly switch to double-pumping to apply the second flange, especially on the Spectra S1 and S2. So it often helps to close off the second tube another way. 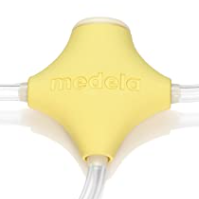 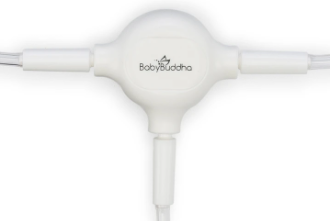 Some pumps (such as Baby Buddha and some Medela models) include a convenient Y, T, or slide connector on the tubing itself for easy switching between single and double pumping (setting which tube gets vacuum).

If your pump doesn't have that feature, an easy way that works on any double pump is to just crimp or clamp off the tube connected to the 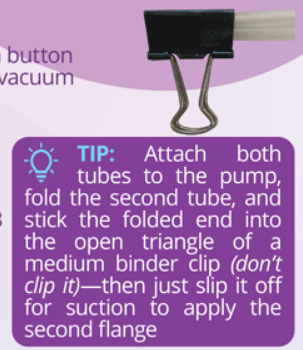 Just fold the tube (anywhere) and tuck the folded end into the clip's open triangle (don't actually clip it on the tube which could damage it).  If you don't have a binder clip, a chip clip, paper clip, or hair tie can work, too.  Or just tuck the folded end under something heavy like the pump itself.

Then make sure the vacuum is definitely closed off by checking if there is any air coming from the end of the closed off tube. 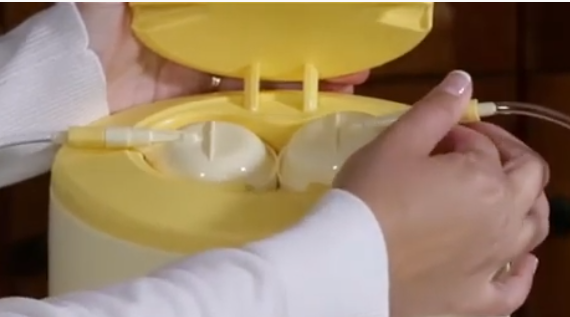 The Medela Symphony gives you another way to set to to one-sided pumping.  Just lift the lid on top and remove one of the diaphragms (it doesn't matter which one) by lifting it from the pump and reclosing the lid.

Did you find it helpful? Yes No

Send feedback
Sorry we couldn't be helpful. Help us improve this article with your feedback.